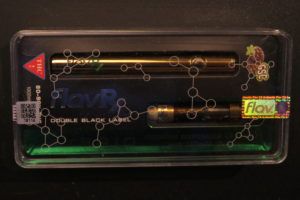 (This is an abridged version of a story that appears in the April issue of Marijuana Business Magazine.)

For years, counterfeiters have been creating and selling knockoffs of Rolex watches, Louis Vuitton handbags and Ray Ban sunglasses.

As a result, cannabis companies have stepped up their efforts to guard their products through such measures as trademarking or keeping closer tabs on their supply chains.

Counterfeiters are especially interested in disposable vape cartridges and are making knockoff versions of well-known brand names and logos that include Heavy Hitters, Brass Knuckles and Kingpen, to name a few.

But cannabis forgers are also taking stabs at imitating packaged marijuana flower products such as Canndescent, according to a recent report by California-based Mammoth Distribution.

How wide spread is the situation? Some attendees at MJBizCon in Las Vegas last November found knockoffs of their own products on the expo show floor.

“I had a half-dozen companies approach me at (MJBizCon), telling me that they had seen product that appeared to be theirs but was actually counterfeit,” said Peter Scheir, whose company, California-based AuthentiBrand, offers custom hologram and authentication solutions to various industries to help combat cheap imitations.

“I was flabbergasted, because … this is someone who had the gumption to walk into a major trade show and show it.

“To me, that could mean that the companies presenting the product didn’t even know they were counterfeit, or that they were colossally stupid or at least callous.”

Scheir and other experts shared some tips with Marijuana Business Magazine about how cannabis companies can protect themselves and their brands. Just click on the links below:

7 On Your Side: CBD oil is all the rage, but is it worth it?

Pot Does This To Your Brain

Your Cannabis Questions, Answered: What are the risks of driving high?