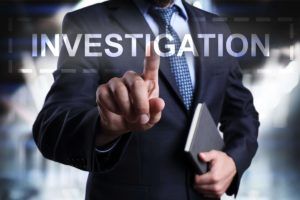 Scrutiny of Missouri’s medical cannabis licensing recently escalated to Gov. Mike Parson’s office and a close adviser, apparently making the investigation among the first MMJ licensing probes to extend to the highest levels of state government.

The legislative inquiry isn’t expected to affect the program’s rollout later this summer or fall, but it is a wide-ranging investigation into possible misconduct in the handling of state MMJ licensing.

A Missouri House Special Committee on Government Oversight is investigating licensing scoring irregularities – which fueled more than 800 appeals – and alleged conflicts of interest among officials.

The panel recently sent a request for documents to the state Department of Health and Senior Services, which oversees Missouri’s medical marijuana program.

Separately, The Kansas City Star reported that the FBI has been questioning a range of people, including lawmakers, lobbyists, activists and officials, over the past several months.

It’s unclear whether that investigation is connected to an FBI announcement last fall that it was probing public corruption in the state-legal marijuana industry.

A Missouri medical cannabis activist interviewed by two FBI agents in mid-November told Marijuana Business Daily that the agents asked questions about political inner workings and seemed to be trying to figure out possible money trails.

Missouri isn’t an outlier in sparking discontent with license scoring and suspicion of behind-the-scenes favoritism among the powerful and connected.

But the volume of appeals and allegations leading to the governor’s inner circle is striking, although it remains to be seen where the investigations will go.

Jack Cardetti, spokesman for the Missouri Medical Cannabis Trade Association (MoCann Trade), downplayed the legislative inquiry, saying it’s “not unusual” for the Legislature to use its oversight power to hear more about how a new state program is being administered and implemented.

“The industry is moving forward,” Cardetti said, noting the state has approved more than 50,000 patient applications and is in the process of verifying the information in the business license applications before the final step of inspecting facilities that are ready to go.

He estimated a late summer or early fall launch for a program that MJBizDaily has projected will reach $300 million annually in sales within a few years.

“We don’t always agree with the regulators, but we do think they’ve implemented this program with integrity and honor,” Cardetti said.

But some say the situation reflects how parts of Missouri still run on a good ol’ boys network that influences policies and decisions.

“But, just like any state and industry, there’s always the big dogs and the ugly underbelly.”

Cardetti noted that Missouri made an effort to remove politics from the process by hiring an independent third-party scorer.

Missouri, relative to other MMJ-only states, issued a large number of licenses – 338, including 192 dispensary permits. The number of appeals in part reflects the sheer math of more than 2,200 applications, he indicated.

Missouri has a population of only 6 million. But it is seen as an attractive medical cannabis market, as reflected by the volume of applications and the already strong patient demand.

Unsuccessful applicants complained about inconsistent scoring, even for identical answers to the same questions on different applications.

Questions also have been raised about the supposed “blind” scoring, because applicants reportedly were allowed to submit their own application IDs, and many did so by using letters that in effect revealed their identities.

As an industry association, MoCann Trade has kept out of individual applicant disputes.

But the group did write a letter in January to Lyndall Fraker, the state’s medical marijuana director, expressing some concerns over scoring irregularities.

The letter noted this odd irregularity: Two-thirds of 577 cultivation applicants received a score of 0 (on a 0-10 scale) on a question asking about their individual marketing and delivery plans.

The legislative committee reportedly requested documents regarding two of Parson’s staffers and former state House speaker-turned-lobbyist Steve Tilley, who is a close friend of the governor as well as an adviser and fundraiser.

A government spokeswoman told The Kansas City Star that Fraker, the state’s MMJ director, occasionally communicated with Tilley but also spoke to other industry representatives as part of an open-door policy.

The Star and other media have reported that the FBI also has asked others about Tilley in conjunction with the MMJ program and utility contracts in Independence, a Kansas City suburb.

But, through the firm’s communications strategist, Tilley said: “I am unaware of an FBI investigation and have not been contacted by the FBI.”

The strategist wrote in an email to MJBizDaily that all questions related to the legislative committee’s inquiry should be directed to the state Department of Health and Senior Services.

Holmes, the medical marijuana activist, said she was contacted by the Kansas City office of the FBI around mid-November to discuss MMJ zoning, land deals and politics.

She wrote several MMJ applications, including one for a dispensary in Independence. Holmes was frustrated and suspicious because the City Council inexplicably delayed developing a final zoning ordinance until after conditional licenses were awarded.

Holmes said her client owned his building in an area that became permissible for an MMJ dispensary only after the licenses were issued. So his application was rejected. She said several applicants fell into the same category.

The FBI reportedly also came to Independence to investigate utility contracts, and Holmes’ understanding was that the agents had been interviewing others before they called on her.

Two agents spent about two hours with her, she said, asking questions about:

The FBI hasn’t been back in touch with her, Holmes said, but she’s heard of people being interviewed in Jefferson City, and “my understanding is that it still is an active investigation.”

Jeff Smith can be reached at [email protected]

admin - December 5, 2019
0
What are CBD Crystals? CBD Crystals, sometimes known as CBD isolate, are extracted from the cannabis sativa plant, which is why they’re also...

Renuvo Cbd Oil Reviews Benefits Use Where To Buy? Side Effect...