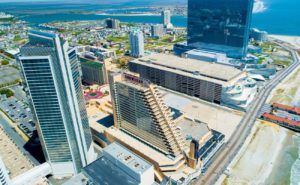 Get insights on state ballot initiatives and all things Election 2020 for cannabis at MJBizCon. On Wednesday, our Election Week panel will discuss the results.

New Jersey voters on Tuesday legalized an adult-use marijuana market that is expected to generate annual sales of nearly a billion dollars by 2024, according to The Washington Post and marijuana advocacy groups.

Moreover, the victory might well spur other states in the Northeast to adopt their own recreational cannabis programs, creating huge business opportunities along the East Coast.

“The passage of this ballot measure positions New Jersey to take the lead in the Northeast and will push neighboring states, like New York and Pennsylvania, to take action on marijuana legalization,” Marijuana Policy Project Executive Director Steve Hawkins said in a statement.

While existing medical marijuana operators likely will get priority status, Rudder predicted that a recreational marijuana market also will create “phenomenal” business opportunities for New Jersey residents, such as for craft producers.

Marijuana Business Daily projects 2024 sales at $850 million to $950 million in New Jersey, but the number could well be higher depending on licensing details to be developed later.

New Jersey adult-use legalization is expected to create a ripple effect in the Northeast region and perhaps down the coast to Maryland and Virginia.

New York and Pennsylvania are expected to legalize adult use in the next year.

New York Gov. Andrew Cuomo already is pushing hard, partly because of mutibillion-dollar budget deficits exacerbated by the impacts of the coronavirus pandemic.

One question is how quickly New Jersey can launch an adult-use market.

Industry insiders said they expect a bill to implement a recreational marijuana market to be introduced later this week or by early next week. The measure is expected to build on a previous state Senate bill.

New Jersey “has been contemplating this for a long time,” Robert DiPisa, partner of the New Jersey-based Cole Schotz law firm, said this week at Marijuana Business Daily‘s MJBizCon Passholder Days Forum. “We’re not going to be starting from square one.”

But a number of additional steps will be needed such as creating a cannabis commission and developing regulations and rules.

DiPisa estimated that adult-use sales could start by the third or fourth quarter of 2021.

Even that timetable would be quick in the scheme of things, and DiPisa noted that a challenge to a 2021 launch is that the state’s medical cannabis market has only 12 operators and is struggling to meet patient demand.

“The big concern is, when adult-use comes online, are those operators going to be able to serve that big wave of demand, not only in New Jersey but from neighboring states?” DiPisa asked during the Passholder Days Forum session, “Election Week 2020: What’s at Stake for Cannabis?

Existing operators will need to “ramp up production ahead of serving the rec market,” St. Louis-based investment banking firm Stifel wrote in a recent research note.

“They’re making preparations for the adult-use market,” Rudder said of existing MMJ operators. “But all of this will take time – building out facilities.”

Marijuana multistate operators Curaleaf, TerrAscend and Green Thumb Industries are among those that are aggressively expanding their cultivation and processing facilities in New Jersey and stand to be big beneficiaries of adult-use legalization, Stifel said.

Still, the report noted, existing operators will need to assure state regulators that they will be able to satisfy demand from their medical cannabis patients before being allowed to sell to recreational customers.

Concurred Rudder: “The chief concern is that we don’t want to take supply away from medical patients before adult-use occurs.”

Jeff Smith can be reached at [email protected]

admin - November 8, 2019
0
CHECK OUT OUR NEW METHOD TO MAKE VAPE PENS HERE: https://www.youtube.com/watch?v=9wMKZzIX6ps&feature=youtu.be This video is intended to …source CBD Oil and Hemp products for health...