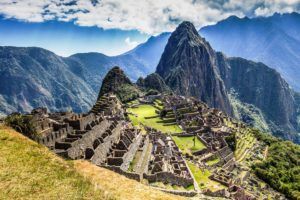 The price offered by the winner of the first bidding process to supply medical cannabis in Peru came in well below that of other applicants, setting a precedent for the market’s future and possibly limiting the revenue opportunities for other suppliers.

According to government documentation obtained by Marijuana Business Daily, Oregon-based Anden Naturals won the government’s supply tender with its offer of 27,868 soles ($8,390) for 10 liters of CBD oil with a concentration of almost 5%.

In other words, it amounts to less than 2 cents per milligram of CBD, which is believed to be one of the lowest such prices in the world for an oil that’s sold to patients under prescription.

The government started selling the product to patients in 10-milliliter bottles for 47.70 soles in December.

While supply opportunities in Peru will increase as companies start to become licensed and new products are approved, the latest winning bid could rule out companies unable to offer competitive prices.

In particular, it could be a challenge for markets where production costs are higher, such as Canada.

In fact, Edmonton, Alberta-based Aurora Cannabis also participated in the application process, but its offer was 60 times more expensive than that of the winner.

The huge spread in the price offered by the applicants is also a sign of an industry still in its infancy and without established international prices.

The application process to import “standardized CBD extracts” – the first in Peru – took place while regulations to establish a cannabis market are still evolving.

According to the government documents, following are the total prices offered by each of the three companies that bid for the contract:

Curt Schwarz, CEO of Andes Naturals, told MJBizDaily that the price his company offered had “a 40% discount over the price at which the company would normally sell because it was an initial order.”

Andes Naturals grows hemp in Oregon, where its partner Focus Hemp manufactures the products that are then shipped to Peru.

The oils are sold to patients in only one Peruvian pharmacy, operated by the General Directorate of Medicines, Supplies and Drugs (DIGEMID). Government branding is used for the labels.

Patients must personally buy the products after obtaining a medical prescription and registering in a government database of medical cannabis patients.

As of January, this CBD oil is the only domestically available product for patients in Peru.

The product might have the cheapest retail price in the world for a medical cannabis oil sold under prescription.

In Uruguay, for example, patients pay almost $50 for the only available 10-milliliter oil with 5% CBD – more than three times the price in Peru.

And the retail price in Peru includes a 71% markup by DIGEMID. The government bought the oils for a total of about 27,868 soles but will make a total revenue of 47,700 soles if all units are sold to patients at the current price.

The application process required companies to offer “pure CBD” of “at least 95% concentration.”

But the price offered had to be for 10 1-liter bottles. The bidding documents didn’t specify the CBD concentration per milliliter nor the type of liquid desired.

To comply with the purity requirement, Toronto-based Pharmacielo – which has cultivation operations in Colombia – offered CBD isolate in powder form. But because the company didn’t make an offer in “liquid” form as required, it was disqualified.

David Gordon, chief corporate officer of Pharmacielo, told MJBizDaily that “the only product we felt was appropriate to meet the purity of CBD they were seeking was isolate.”

Aurora offered CBD oils, not isolate. But the company was disqualified for offering the oils in 15-milliliter bottles instead of 10 1-liter bottles, as DIGEMID required.

An Aurora spokesperson confirmed that the company participated in the application process and was not selected. But the spokesperson didn’t explain why it offered the products in a different format than the one required.

The spokesperson added that “Aurora continues to be focused on further investment in the region as new regulatory programs come into effect.”

The winner, Andes Naturals, was the only applicant that complied with the requirement of offering a price for 10 1-liter bottles. The company offered oils with a concentration of almost 5% CBD.

The results of a recent local analytical testing study confirmed the product sold by DIGEMID contains almost 5% CBD and no meaningful THC.

MJBizDaily tried contacting, without success, several DIGEMID authorities to ask about the apparent discrepancy between requiring “pure CBD” as well as “1-liter bottles,” without specifying a CBD concentration per milliliter.

MJBizDaily also tried asking the agency about the lack of Good Manufacturing Practice and stability data requirements in the conditions of the application process.

Toronto-based Khiron Life Sciences – which has cultivation operations in Colombia- didn’t participate in the application process despite considering Peru a key market. A company spokesperson cited “multiple pieces of the regulation pending.”

“It is part of the company strategy to operate mostly in countries when all parts of the regulation are fully enacted and the panorama is structured for long-term investments,” the spokesperson added.

Alfredo Pascual can be reached at [email protected]