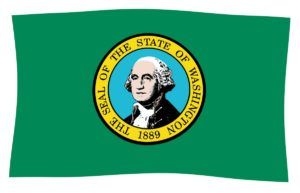 Social equity applicants for marijuana businesses in Washington state will be able to apply exclusively for a number of revoked cannabis retail licenses after legislators passed a law Tuesday aimed at boosting the participation of minorities in the industry.

Gov. Jay Inslee is due to sign the bill into law before the end of the current state legislative session March 12.

According to the state’s Liquor and Cannabis Board, a total of 34 such licenses will become available to members of the community disproportionately impacted by – as the bill states – “the enforcement of cannabis-related laws” during state prohibition.

It is a novel approach to the consistent problem of making social equity a viable reality in the U.S. cannabis industry.

No other state is known to have a similar program. Most importantly, there is funding behind the law too, albeit relatively small.

A special fund is being set up to help social equity applicants. Currently, there is $1.1 million set aside annually to help with such issues as the application process, business plan development and assistance for micro loans.  Originally, the amount had been $100,000.

“It’s a great start to allow for more opportunities for people of color to be a part of this growing industry, and to reap the benefits not only for their business community but for the entire community,” said state Rep. Eric Pettigrew, a co-sponsor of the bill and chair of the Democratic majority caucus, in a statement.

The bill, which had gone through some stumbling blocks, also called for the setting up of a task force that will report to the state’s governor.

The first meeting of the proposed task force will be July 1. A report on how to develop the state’s social equity program is expected on Inslee’s desk by December.

The new law is crucial in reestablishing trust between social equity applicants and the authorities, said Paula Sardinas, a commissioner and lobbyist for the state’s Commission on African American Affairs.

There has been a “trust gap” between minority communities and the Liquor and Cannabis Board, which grants cannabis licenses, she said.

“We will now have the most progressive social equity program in the country,” Sardinas added. “In order for that work to be successful, we must also address the lack of trust that exists between the community and the LCB.”

The passage into state law of the social equity program was the first step in redressing some of the wrongs of the original licensing process, Rep. Pettigrew said.

“When we first started issuing those licenses, it was easy access for those who had a lot of resources and understood the process,” he said. “Not surprisingly, this made it difficult if not impossible for many would-be entrepreneurs in communities of color, especially African Americans and Latinos, to obtain licenses to grow and process marijuana, or to open retail shops.

“This gives us an opportunity to go back and offer more equal access to citizens throughout the state.”

Nick Thomas can be reached at [email protected]

admin - November 24, 2020
0
Billboards for marijuana companies are commonplace in California, but that advertising option for cannabis businesses is about to shrink based on a district...

Can You Make Bath Bombs Without Citric Acid?